Botswana gained independence from The Great Britain on 30 September 1966 Before independence, it was called the Bechuanaland Protectorate A transformation from Bechuanaland to Botswana was a very interesting one One of the first things anybody from Botswana would tell you is that unlike a lot other countries in Africa, Botswana was not colonised Britain originally established the Bechuanaland Protectorate on 31st March 1885, that’s a long time ago And they decided, “we’re not going to give much attention and development to this little piece of desert whose profitability is dubious.

1. “[D]emocracy, like a little plant, does not grow or develop on its own. If must be nursed and nurtured if it is to grow and flourish. It must be believed in and practiced if it is to be appreciated. And it must be fought for and defended if it is to survive”. Seretse Khama, first president of Botswana, speech given at the opening of the fifth session of Botswana’s third National Assembly, November 1978. 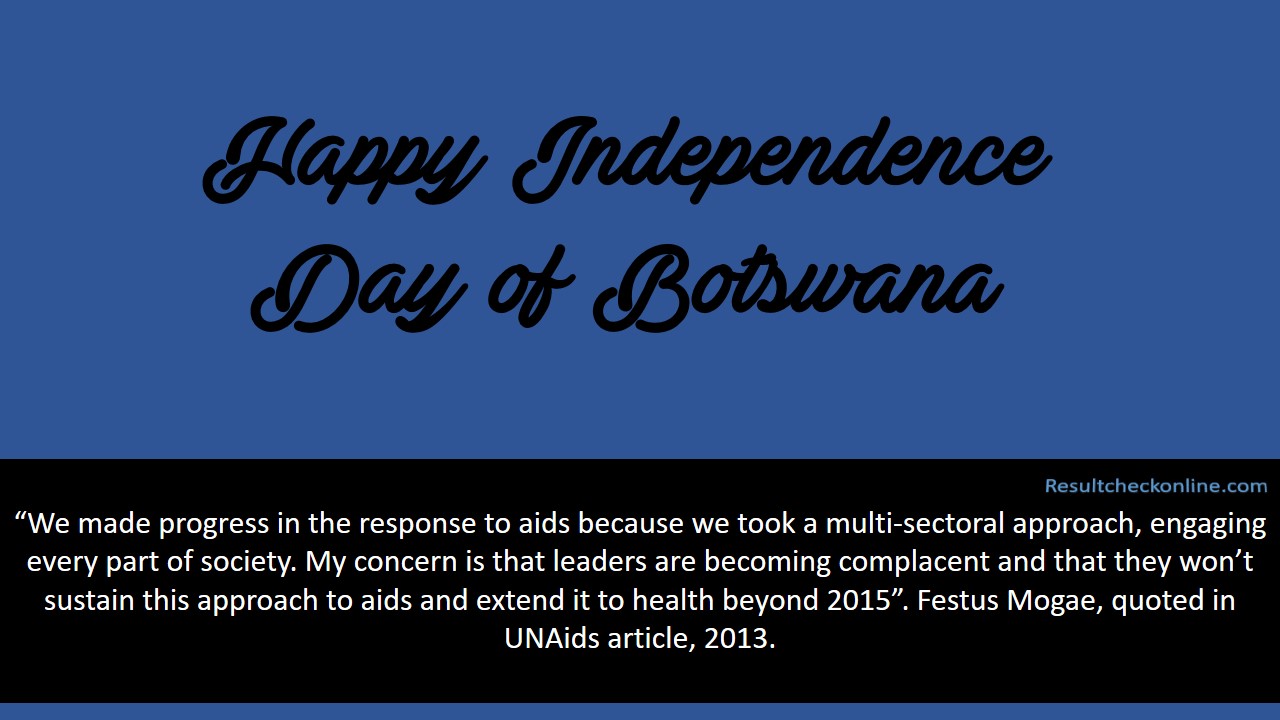 2. “It should now be our intention to try to retrieve what we can of our past. We should write our own history books to prove that we did have a past, and that it was a past that was just as worth writing and learning about as any other. We must do this for the simple reason that a nation without a past is a lost nation, and a people without a past is a people without a soul”. Seretse Khama, speech at the University of Botswana, Lesotho and Swaziland, May, 1970. 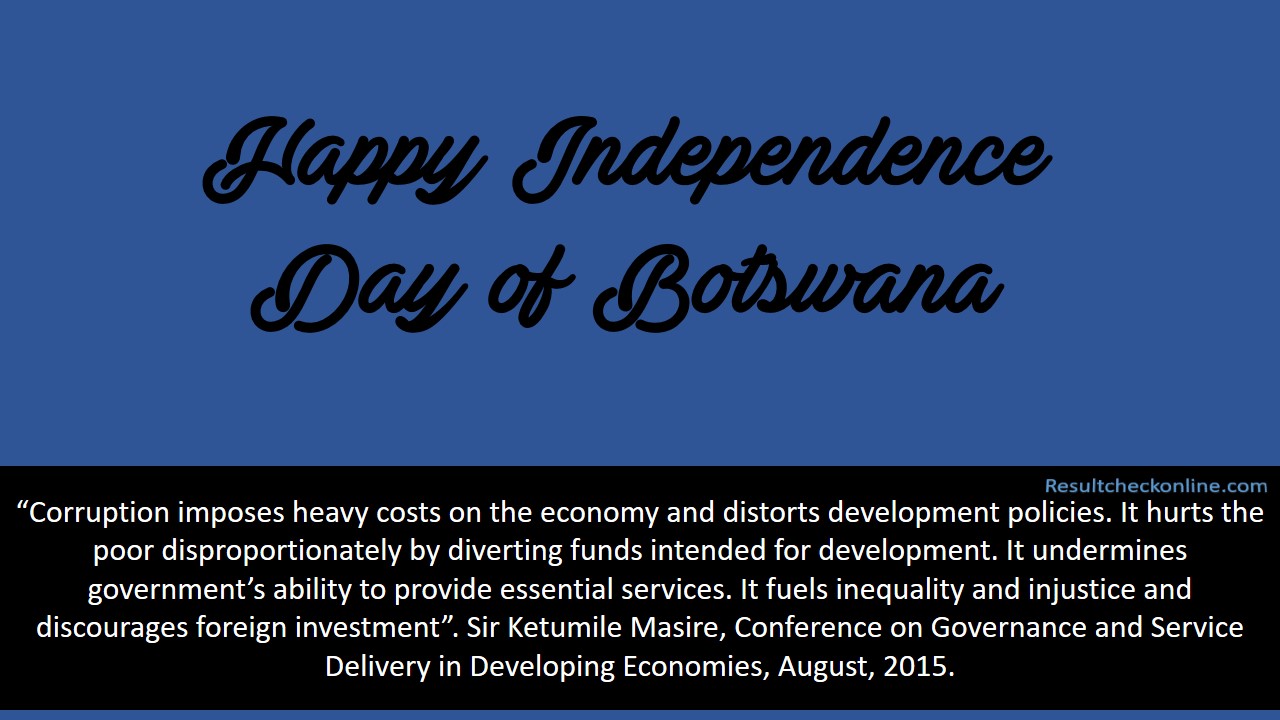 3. “I think that the trouble we now face in the world is caused mainly by the refusal to try and see another man’s point of view, to try and persuade by example — and the refusal to meet a rather passionate desire to impose your own will upon others, either by force or other means”. Seretse Khama, speech delivered in Blantyre, July, 1967. 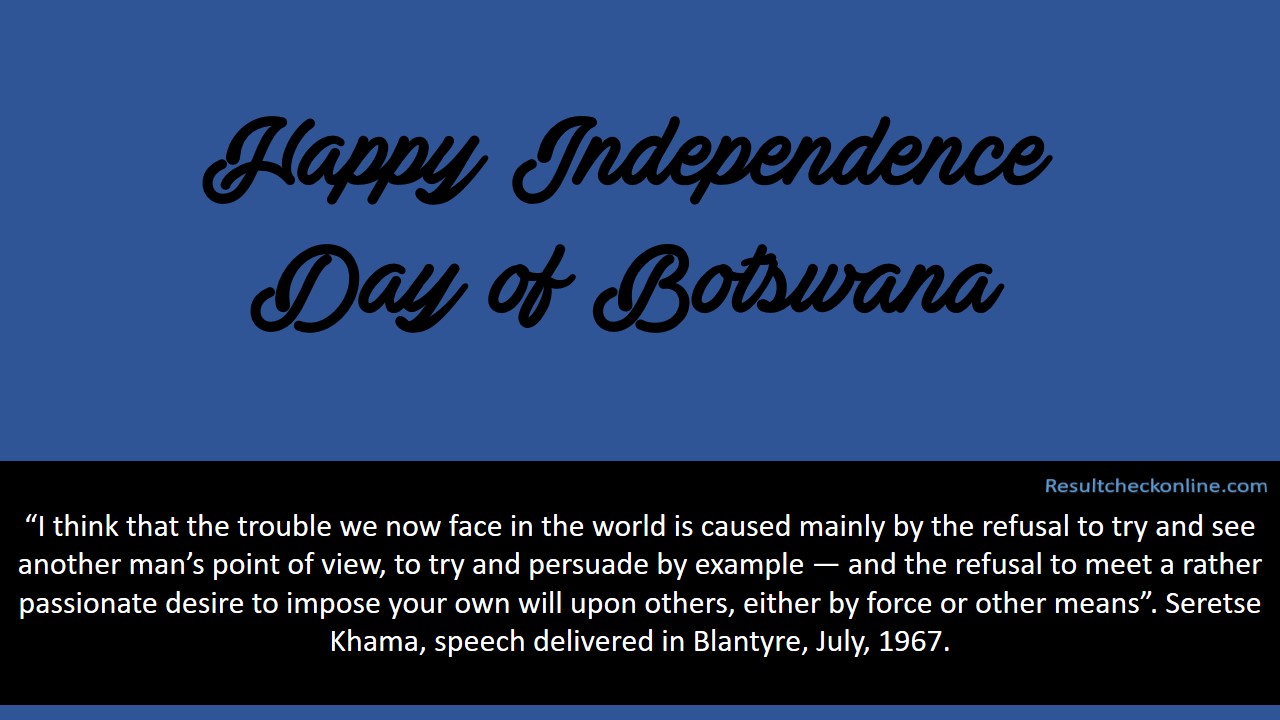 6. “Leadership is not always about you, it is about people and often circumstances. I call upon African leaders to open up to second generation rights”. Festus Mogae, third president of Botswana, as quoted in Africa Renewal (interview), 2015.

7. “We made progress in the response to aids because we took a multi-sectoral approach, engaging every part of society. My concern is that leaders are becoming complacent and that they won’t sustain this approach to aids and extend it to health beyond 2015”. Festus Mogae, quoted in UNAids article, 2013. 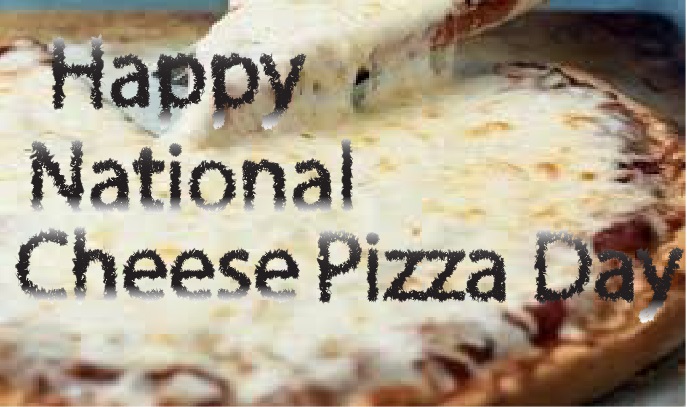